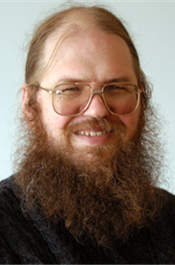 David Forsyth is currently a full professor at U. Illinois at Urbana-Champaign, where he has occupied the occupied the Fulton-Watson-Copp chair in Computer Science since 2014. Prior to UIUC, he was a full professor at UC Berkeley. David has published over 130 papers on computer vision, computer graphics and machine learning. David has served as program co-chair for IEEE Computer Vision and Pattern Recognition in 2000, 2011, and 2018, general co-chair for CVPR 2006 and 2015, program co-chair for the European Conference on Computer Vision 2008, and is a regular member of the program committee of all major international conferences on computer vision.  David has served six years on the SIGGRAPH program committee, and is a regular reviewer for that conference. David has received best paper awards at the International Conference on Computer Vision and at the European Conference on Computer Vision. David received an IEEE technical achievement award for 2005 for his research. He became an IEEE Fellow in 2009, and an ACM Fellow in 2014. His recent textbook, “Computer Vision: A Modern Approach” (joint with J. Ponce and published by Prentice Hall) is now widely adopted as a course text (at such institutions as MIT, U. Wisconsin-Madison, UIUC, Georgia Tech and U.C. Berkeley.  David is currently serving a second term as Editor in Chief, IEEE TPAMI.

Dr. Forsyth also has a personally maintained website which can be found at http://www.ttic.edu/forsyth