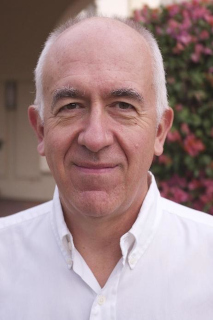 Abstract: The ability to understand and manipulate numbers and quantities emerges during childhood, but the mechanism through which this ability is developed is still poorly understood. In particular, it is not known whether acquiring such a `number sense’ is possible without supervision from a teacher.

To explore this question, we propose a model in which spontaneous and undirected manipulation of small objects trains perception to predict the resulting scene changes. We find that, from this task, a representation emerges that supports understanding numbers and quantity. Emergent properties include distinct categories for zero and the first few natural numbers, a notion of order, and a signal that correlates with numerical quantity. As a result, our model acquires the ability to estimate the number of objects in the scene, as well as `subitization’, i.e. the ability to recognize at a glance the exact number of objects in small scenes. We conclude that important aspects of a facility with numbers and quantities may be learned without explicit teacher supervision.

Bio: Pietro Perona received a Ph.D. in electrical engineering and computer science from the University of California, Berkeley, in 1990. In 1990, he was postdoctoral fellow at the International Computer Science Institute at Berkeley. From 1990 to 1991, he was a postdoctoral fellow at the Massachusetts Institute of Technology in the Laboratory for Information and Decision Systems. In the fall of 1991, Perona joined the California Institute of Technology as assistant professor. He became full professor in 1996 and the Allen E. Puckett Professor of Electrical Engineering and Computation and Neural Systems in 2006. From 1999 to 2005, Perona was the director of the National Science Foundation Center for Neuromorphic Systems Engineering. Since 2005, he has led the Computation and Neural Systems program at the California Institute of Technology.

Perona’s research focuses on the computational aspects of vision and learning. He is known for the anisotropic diffusion equation, a partial differential equation that filters image noise while enhancing region boundaries. He is currently interested in visual recognition and in visual analysis of behavior. In the early 2000s, Perona pioneered the study of visual categorization. Currently, in collaboration with colleagues Michael Dickinson and David Anderson, he applies machine vision to measuring and analyzing the behavior of laboratory animals. 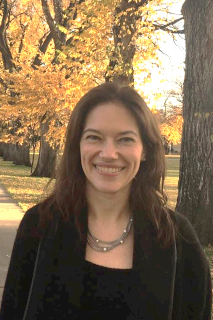 Abstract: Tree decompositions are a powerful tool in structural graph theory, that is traditionally used in the context of forbidden graph minors. Connecting tree decompositions and forbidden induced subgraphs has so far remained out of reach. Recently we obtained several results in this direction; the talk will be a survey of these results.

Bio: Maria Chudnovsky received her B.A. and M.Sc. form the Technion, and a PhD from Princeton University in 2003. Currently she is a professor at Princeton. Before returning to Princeton in 2015, she was a Veblen Research Instructor at Princeton University and the IAS, an assistant professor at Princeton, a Clay Mathematics Institute research fellow, and a Liu Family Professor of IEOR at Columbia University. Her research interests are in graph theory and combinatorics. She is an editorial board member of the Journal of Graph Theory, Discrete Mathematics and Journal of Computer and System Sciences. Dr. Chudnovsky was a part of a team of four researchers that proved the strong perfect graph theorem, a 40-year-old conjecture that had been a well-known open problem in both graph theory and combinatorial optimization. For this work, she was awarded the Ostrowski foundation research stipend in 2003, and the prestigious Fulkerson prize in 2009. She was also named one of the "brilliant ten" young scientists by the Popular Science magazine. In 2012, Dr. Chudnovsky received the MacArthur Foundation Fellowship. In 2014, she was an invited speaker at the International Congress of Mathematicians. 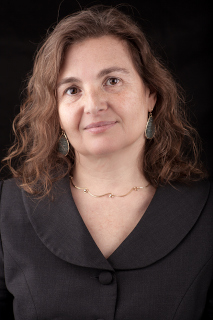 Abstract: Deployment of autonomous vehicles (AV) on public roads promises increases in efficiency and safety and requires intelligent situation awareness. We wish to have autonomous vehicles that can learn to behave in safe and predictable ways, are capable of evaluating risk, understanding the intent of human drivers, and adapting to different road situations. This talk describes an approach to learning and integrating risk and behavior analysis in the control of autonomous vehicles. I will introduce Social Value Orientation (SVO), which captures how an agent’s social preferences and cooperation affect interactions with other agents by quantifying the degree of selfishness or altruism. SVO can be integrated in control and decision making for AVs. I will provide recent examples of self-driving vehicles capable of adaptation

Bio: Daniela Rus is the Andrew (1956) and Erna Viterbi Pro-fessor of Electrical Engineering and Computer Science, Di-rector of the Computer Science and Artificial Intelligence Laboratory (CSAIL) at MIT, and Deputy Dean of Research in the Schwarzman College of Computing at MIT. Rus’ research interests are in robotics and artificial intelligence. The key focus of her research is to develop the science and engineer-ing of autonomy. Rus is a Class of 2002 MacArthur Fellow, a fellow of ACM, AAAI and IEEE, a member of the National Academy of Engineering, and of the American Academy of Arts and Sciences. She is the recipient of the Engelberger Award for robotics. She is a senior visiting fellow at MITRE Corporation. She earned her PhD in Computer Science from Cornell University.

All talks will be held Virtually.