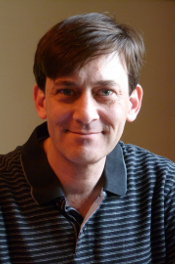 Avrim Blum received his BS, MS, and PhD from MIT in 1987, 1989, and 1991 respectively. He then served on the faculty in the Computer Science Department at Carnegie Mellon University from 1992 to 2017. In 2017 he joined the Toyota Technological Institute at Chicago as Chief Academic Officer.

Prof. Blum’s main research interests are in Theoretical Computer Science and Machine Learning, including Machine Learning Theory, Approximation Algorithms, Algorithmic Game Theory, Privacy, and Algorithmic Fairness. Some current specific interests include multi-agent and distributed learning, learning systems that know when they don’t know, and relations among fairness, accuracy, and incentives. He has served as Program Chair for the IEEE Symposium on Foundations of Computer Science (FOCS), the Innovations in Theoretical Computer Science Conference (ITCS), and the Conference on Learning Theory (COLT). He has served as Chair of the ACM SIGACT Committee for the Advancement of Theoretical Computer Science and on the SIGACT Executive Committee. Prof. Blum is recipient of the AI Journal Classic Paper Award, the ICML/COLT 10-Year Best Paper Award, the Sloan Fellowship, the NSF National Young Investigator Award, and the Herbert Simon Teaching Award, and he is a Fellow of the ACM.

Dr. Blum also has a personally maintained website which can be found at http://www.ttic.edu/blum.