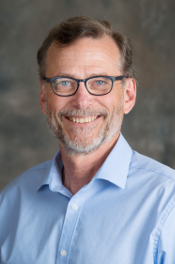 Professor McAllester received his B.S., M.S., and Ph.D. degrees from the Massachusetts Institute of Technology in 1978, 1979, and 1987 respectively. He served on the faculty of Cornell University for the academic year of 1987-1988 and served on the faculty of MIT from 1988 to 1995. He was a member of technical staff at AT&T Labs-Research from 1995 to 2002. He has been a fellow of the American Association of Artificial Intelligence (AAAI) since 1997. He served as Toyota Technological Institute at Chicago’s Chief Academic Officer from 2002 to 2017. He has authored over 100 refereed publications.

Professor McAllester’s research areas include machine learning, the theory of programming languages, automated reasoning, AI planning, computer game playing (computer chess), computational linguistics and computer vision. A 1991 paper on AI planning proved to be one of the most influential papers of the decade in that area. A 1993 paper on computer game algorithms influenced the design of the algorithms used in the Deep Blue system that defeated Gary Kasparov. A 1998 paper on machine learning theory introduced PAC-Bayesian theorems which combine Bayesian and nonBayesian methods. A 2001 paper with Andrew Appel introduced the influential step indexed model of recursive types in programming languages. He was part of a team (with Pedro Felzenszwalb, Ross Girshick and Deva Ramanan) that developed the first high-performance system based on a deformable part model for object detection in computer vision. This team scored in the top two places in the PASCAL object detection challenge (computer vision) in 2007, 2008 and 2009. He is currently working on algorithms for holistic scene understanding and on a type-theoretic foundation for mathematics.

Dr. McAllester also has a personally maintained website which can be found at http://www.ttic.edu/mcallester.