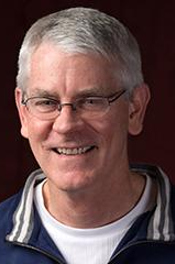 Stephen Wright is a professor of computer sciences at the University of Wisconsin-Madison. He researches computational optimization and its applications to many areas of science and engineering. Prior to joining UW-Madison in 2001, Wright was a senior computer scientist at Argonne National Laboratory (1990-2001) and a professor of computer science at the University of Chicago (2000-2001). From 2007 to 2010, he served as chair of the Mathematical Optimization Society, and he serves on the board of the Society for Industrial and Applied Mathematics (SIAM). He is also a fellow of SIAM.

Wright is the author or coauthor of widely used text/reference books in optimization, including “Primal Dual Interior-Point Methods” (SIAM, 1997) and “Numerical Optimization” (2nd Edition, Springer, 2006, with J. Nocedal). He has published widely on optimization theory, algorithms, software and applications. He is coauthor of widely used software for linear and quadratic programming and for compressed sensing. Wright currently serves on the editorial boards of the leading journals in optimization (SIAM Journal on Optimization and Mathematical Programming, Series A) as well as SIAM Review and Advances in Computational Mathematics. He previously served a term as editor-in-chief of Mathematical Programming, Series B.

Dr. Wright also has a personally maintained website which can be found at http://www.ttic.edu/wright.